Reishi mushroom (Ganoderma lucidum) is one of the greatest tonic herbs known to mankind. It possesses over 400 active biomolecules. Reishi is a superior herb that may be taken for a long duration without side effects. Reishi has been consumed since the dawn of Chinese civilization as an anti-aging herb, and for its various health-promoting and healing properties. Continuous consumption of Reishi helps to improve functioning of our whole body system, upregulating the immune system, and promoting blood circulation, digestion, metabolism, bowel regularity, reducing fatigue, enhancing alertness, improving sleeping, etc. Cracked-Shell Reishi Spore is the most bioactive Reishi material. The essential nutrients of Reishi are contained in its spore. Cracked-Shell Reishi Spore has been shown to be a very potent immune modulator, and is a superb tonic for those who wish to promote their health, age slowly and preserve their youthfulness.

Agaricus blazei murill (most commonly known simply as Agaricus) is a mushroom that originated in the rain forests of Brazil, and Enhances the Body’s Natural Defenses. The mushroom thrives in certain tropical areas of China and the Chinese have become the premier growers of Agaricus to the world. Agaricus is traditionally known as “God’s Mushroom” because of its near miraculous curative benefits to a wide range of disorders. People have used it to overcome numerous diseases and disorders relating to the immune system, cardiovascular system, digestion, weight management, diabetes, chronic and acute allergies, cataracts, hearing difficulties, stress syndrome, chronic fatigue, diarrhea, constipation, and disorders of the liver.

Several studies have documented this mushroom’s ability to activate various components of the immune system.

The active constituents were identified as the polysaccharide-protein complexes called Beta-1,6-D-glucan and an almost identical chemical, Beta-1,3-D-glucan. These glucans have been found to be remarkable immune stimulants. They are potent macrophage activators. These glucan polysaccharides work through the “glucan receptor” on the surface of the immensely important immune cells known as macrophages. Macrophages are our first line of defense and play the pivotal role in our immune response to any attack by any intruder. Macrophages are the immune cells that recognize, engulf and destroy any organisms, cells, and substances that don’t belong in the body, including viruses, bacteria, fungi, yeast, heavy metals, pollutants, bits of dead tissue, mutated cells, tumor cells, etc. They take on any challenge and further stimulate the immune system to respond.

Macrophages ignite intercellular communication by releasing chemical messengers called cytokines (interferon and interleukin). These cytokines are powerful proteins responsible for catalyzing and regulating several immune responses within the body. Agaricus stimulates the production of cytokines. Macrophages can travel from the site of their first contact with an intruder or toxin to the lymph system, where it communicates with T-cells, activating a specific immune response. Specific antibodies are then built to combat the specific intruder. Agaricus promotes this essential immune response. Beta-1,6-D-glucan and Beta-1,3-D-glucan have been shown to have inhibitory effects on abnormal cell growths. It has been proposed that Beta-1,6-D-glucan and Beta-1,3-D-glucan may stimulate cell lysing (destroying) action in specialized immune system cells.

Thus researchers have found the Agaricus polysaccharide fraction to have significant immune activating power. Agaricus mushroom has also been shown to have potent chemopreventive activity.

Agaricus in now being used clinically all over Asia for numerous diseases and disorders. However, it is also being consumed as a food and as a tonic herb, since Agaricus is a gentle, edible mushroom that has no side effects.

Agaricus mushroom is by far the richest natural source of Beta-1,6-D-glucan and Beta-1,3-D-glucan known to mankind. Other herbs that contain similar polysaccharides include Reishi mushroom, Astragalus root, Cordyceps mushroom, Polyporus mushroom and Shitake mushroom, and all are used around the world to boost immune functions.

By enhancing the body’s natural defenses, this humble mushroom is a powerful protector. It should be consumed daily to maintain its powerful tonic effect on the immune system.

Agaricus is now known to be the most potent immune modulator in the world. Lycium polysaccharides have been demonstrated to have very potent immune potentiating action. This formula will build your immune system. Similar (but less potent) formulas based on Reishi spores are being sold in Hong Kong and Japan for over $500 for a month's supply. A powdered extract, except for Reishi spores, which are enzymatically cracked to release their full therapeutic and tonic effect.

Whole Goji Extract Naturally Standardized to 40% Lycium Barbarum Polysaccharides (LBP). Goji fruit, from the plant Lycium barbarum, is revered in Asia for its youth preserving, health protective, strengthening, and mood-elevating properties. It is one of the main herbs used in China’s amazing herbal system and is regarded as one of the elite tonic herbs in the world. The incredible efficiency of the antioxidants in Goji LBP-40 makes it a perfect tonic herbal supplement.

Goji LBP-40 is naturally standardized to contain 40% Lycium Barbarum Polysaccharides, or LBP. LBP is a constituent unique to Goji berries. LBP has been demonstrated to have profound anti-fatigue, immune potentiating and immune regulating, skin beautifying, DNA protecting, blood sugar regulating and blood lipid regulating effects.* LBP supports our innate antioxidant system by powerfully stimulating SOD (superoxide dismutase) production and activity. SOD has been dubbed the “youth enzyme.” SOD protects our cells (including the cells of the brain, heart, kidneys, liver and other organs) from the ravages of internally-generated toxins, as well as from toxins and other stressors introduced from the outside environment. Goji LBP-40 is a full spectrum Goji berry extract, with every component of the world’s greatest superfood present. Consuming this herbal extract is equivalent to eating the fresh berries every day. The convenience of taking this herb in capsule form makes it an important addition to the tonic herb shelf in you home. In addition, the high concentration of LBP assures unsurpassed, powerful immunological and antioxidant protection.

Dragon Herbs Goji LBP-40 is a 100% natural powdered extract of the highest grade Lycium barbarum fruit containing a minimum of 40% LBP (Lycium Barbarum Polysaccharides), the optimum extraction ratio for this herb (a higher extraction ratio has been shown to reduce the efficacy of the product). This pure extract maintains all the constituents and activity of fresh goji berries with the added power of full LBP extraction. Goji LBP-40 contains all five known LBPs, carotenoids (zeaxanthin and beta-carotene), flavonoids, a vitamin C precursor that converts to vitamin C once it is absorbed into the blood stream, and is rich in zinc.

Who can use it? Anyone, and especially those concerned with their immune functions

Remember Ron Teeguarden’s “First Rule of Tonic Herbalism,” summed up in a single word – Compliance. If you don’t take the herbs, they won’t work.” 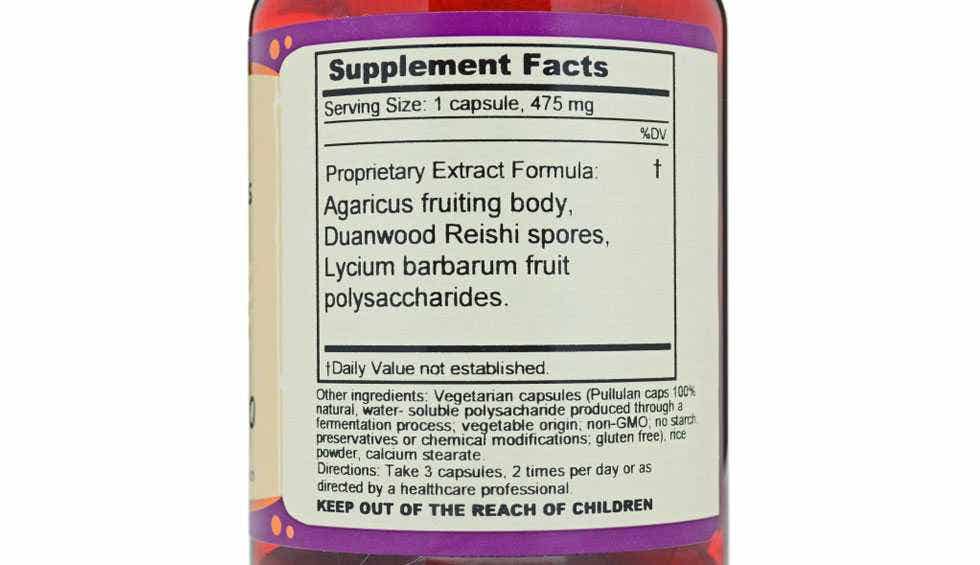