Automatically receive 20% off this product - no coupon code needed! Limited time only.

Live Superfoods Organic Raw Cacao Powder from Peru has a dark, robust chocolate flavor profile due to its unique growing environment. Our cacao is antioxidant-rich and an excellent source of magnesium and the beauty/detox mineral sulfur. USDA-certified organic, raw (dried at temperatures under 118 degrees), vegan, Kosher. 12 ounce resealable package.

Many people consider eating chocolate a “guilty pleasure.” But the reputation of chocolate as a junk food should more accurately be attributed to the harmful effects of commercial processing and refining techniques, and the other ingredients commonly added, most notably white sugar. All chocolate is made from the cacao (cocoa) bean, and cacao beans in their natural, unprocessed, unadulterated state are rich in nutrients and beneficial to health.

What is Cacao Powder?

Cacao powder is simply the bean from the cacao tree, that through a cold-pressing process, has had the fat (cacao butter) removed. With the fat removed, cacao powder becomes hydroscopic, so it dissolves easily in liquids. Cacao powder can be used to make chocolate by mixing it with cacao butter and sweetener (we recommend light agave nectar).

Criollo, which was the predominant bean two hundred years ago, is rarely found today due to the Criollo tree's lack of resistance towards disease. The Criollo beans most often found today come from Venezuela.

Forastero is the most widespread of cacao beans found today. Orginally, Forastero beans were found in the Amazon region, but now Forastero trees are being cultivated all over the world. Most Forastero beans are made for bulk production, with almost 70% of the chocolate on the market coming from this tree. A notable exception to this is a variety of Forastero known as Cacao Nacional or Arriba Forastero, which is treasured as a fine/ flavour cacao due to its jasmine-like aroma and flavor profile.

Trinitario is a hybrid between Criollo and Forastero trees, originating in Trinidad. Trinitario trees can be found all around the world, in Ecuador, Venezuela, Cameroon, Sri Lanka, Samoa, and Papua New Guinea. Trinitario beans are often used in quality dark chocolate.

WARNING This product carries the California Prop 65 warning. Not sure what this means? Click here to learn more.

Why Unprocessed Chocolate is Good for You

Antioxidants: Cacao has more antioxidant flavonoids than any food tested so far, including blueberries, red wine, and black and green teas. In fact, it has up to four times the quantity of antioxidants found in green tea. Health benefits of these antioxidants include:

Neurotransmitters: By increasing the levels of specific neurotransmitters in our brains, cacao promotes positive outlook, facilitates rejuvenation and simply helps us feel good.

Essential fats: There is a misperception that chocolate is fattening. In truth, the fats in cocoa butter are healthy fats. Cacao contains oleic acid, a heart-healthy monounsaturated fat, also found in olive oil, that may raise good cholesterol. Also, substances found in cacao are known to help reduce appetite.

Important note- To fully benefit from chocolate’s wide array of nutrients, eat chocolate that is as close to its natural state as possible. Whole cacao beans and nibs are best. You lose many of the health benefits when you eat commercially produced chocolate.

Cacao: Its History and Use From the Time of the Aztecs to Today

The cacao tree has been cultivated in Mexico and Central and South America for thousands of years, and it has been so highly valued that some Native peoples once used its seed, or bean, as currency. The Aztecs believed cacao to be of divine origin, and both they and the Mayans used the roasted bean in the famous beverage Chocolatl, together with vanilla and other flavorings.

In the early 16th century, Columbus brought sacks of cacao back to Europe, but he did not realize its economic value. Then, in 1519, Cortez brought cacao back to Spain, and it was soon made into a luxury drink for the upper classes. By the 17th and early 18th centuries, chocolate was considered a cure for many illnesses, as well as a catalyst for provoking passion, although it was still too expensive for the general populace. Finally, in the 18th century, chocolate houses were established in London, making chocolate available to a broader spectrum of society, and their popularity quickly surpassed that of the coffee houses.

Today cacao is planted on over 43,000 square miles worldwide. Forty percent of production is from Cote d’Ivoire, while Ghana and Indonesia produce about 15% each, and Brazil, Nigeria, and Cameroon provide smaller quantities.

How Cacao is Harvested

Cacao beans are harvested today in much the same way as they were by the Aztecs. After the pods ripen, which takes 5 to 6 months, they are removed from the tree and carefully cut open with a machete, and the cacao beans are extracted.

After harvesting, the beans are placed on banana leaves in large wooden boxes and left to ferment for several days. During fermentation, complex chemical changes take place. The bitterness of the bean is reduced and the rich chocolate flavor begins to develop. The beans are dried after fermentation, and during this drying process, the brown color develops and further flavor development occurs.

Many types of chocolate are made from the cacao bean:

Cacao powder is the most versatile of the raw cacao products, because it is finely ground and ready to be added to smoothies, homemade energy bars, raw and baked bars, cookies, and other desserts. It blends well with water, nut and dairy milks. Raw cacao keep well in cool, dry conditions. 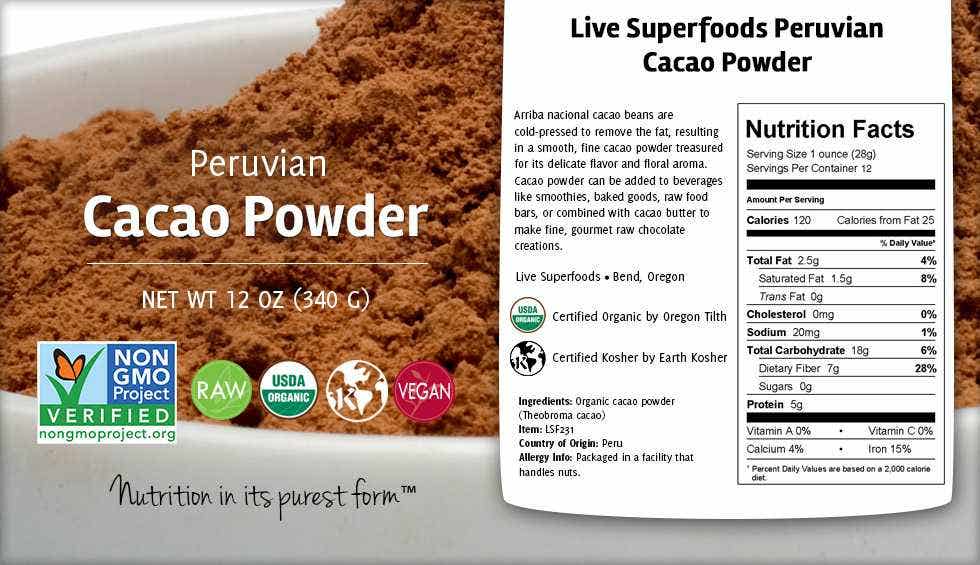